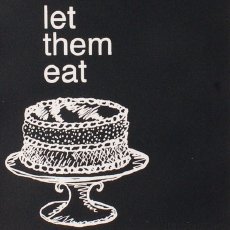 At this time of year, as January trudges on and I am almost used to the fact that EastEnders has resumed the normal service of just three episodes per week (sob!), nothing gets my back up quite like the Diet Industry’s hijacking of the post-Christmas season. For many women up and down the land – having spent the weeks leading up to Christmas getting themselves ready for that Christmas party dress; having spent months organising the day itself; having spent the day itself cooking and sweating over sprouts – New Year brings with it a new battle: Woman vs Food. Or rather, perhaps more accurately, Woman vs Diet Industry. Come the dawn of the new year, with its symbolic new beginnings, millions of women will reset their food clock, and embark on a soul-destroying, food-hating eating plan, in a bid to shed the seasonal excess, lose weight and get bikini ready for summer. I’d wager that there is a large number of women on this island who spend half of the year dieting for Christmas, and the other half dieting for summer. No wonder so many women hate themselves. How about, rather than signing ourselves up to months of abstention and misery, we just tell the Diet Industry where to go? How about we focus on something we can do to make ourselves healthier and happier, rather than what we can do to make ourselves thinner? You know, just for kicks.

The Diet Industry is an enemy of women. For decades, it has successfully managed to fool women into believing that they are in some kind of life-long battle with food, a long drawn out Lord of the Rings type odyssey between good and evil, between thin and fat, between socially acceptable and socially frowned upon. Food is the Devil, and now the only thing that stands between you and failure, between you and loneliness, between you and ugly, is the Holy Diet. Against the Holy Diet, only the strongest will prevail, only the best will survive and reach the goal of thinness: the weak, on the other hand, will fall and die, boiled to death in a lonely tank of liquid fudge. Master of disguises, the Diet Industry is truly the sneakiest of snakes. It entices you in with the promise of Thindom and ever-lasting happiness, fools you into believing that you can be the best version of yourself, if you would just take the time to lose enough weight to fit into jeans of a socially acceptable size. Until then – until you become this thinner, better, you – you are nothing. To sum up, thin = everything, not-thin = nothing.

The Diet Industry is also a bully, a bully with power, and a bully with money. Serious money. We are talking billions of your finest British pounds poured into this most subtle of scams, a scam to make you miserable. We are talking enough money to cancel national debts, eye-watering quantities of money, dedicated to the task of making women (and it is women who are the prime target) believe some nonsensical hokum that’s been cooked up in a marketing department: the Holy Diet. Complete with its pseudo-scientific claims based on ‘research’ and its laughably contradictory advice (don’t eat fat, it makes you fat – instead, eat this highly processed, artificial tasting piece of cardboard. Zero calories, zero fat, zero salt, zero flavour and zero goodness – but at least it won’t make you fat, and that’s what counts). You see its campaigns everywhere: just take a glance at the magazine racks next time you pop to the corner shop for a pint of milk. Better still, go to the ‘women’s’ magazines in WH Smith – the Diet Industry is there for all of us to see, in the mouth-watering and glossy magazine covers, strewn with the airbrushed perfection of the modern age: rows and rows of so-called perfect women, looking mighty fine in their never-been-worn-or-even-seen-a-treadmill gym gear.

Notice, if you will, that these women rarely look like they’ve ever broken into a single sweat, whereas the equivalent men’s magazines are nothing if not an ode to muscles, blood, sweat and tears. Where men are encouraged to get into shape, to push their body into being the best that it can be, we women are told to get thin. Not only that, but are told to get thin quietly, with minimal fuss and with puritanical deprivation. Imagine if someone said to you that you can be thin, but at the expense of one of your five senses – would you do it? No? Well, millions of us are already doing just that. We deprive ourselves of the joy of eating, the joy of food, of flavour, of taste. It is deprivation, pure and simple. We are also depriving our bodies of what it needs to survive. When you go on a calorie controlled diet that severely limits your calorie intake to the point of physical starvation, you are not helping your body; you are abusing it.

The only thing that angers me more than the Diet Industry’s poor attitude to food, is its even poorer attitude to exercise. You see, next time you’re flicking through a diet magazine, pondering your own failure as a human being because you – call the police! – may have had one too many mince pies over the festive season, you will notice that exercise is often the footnote in the small print of this sonnet to sadistic starvation. Note also how the exercise recommended to us is always ‘gentle’ exercise, and it’s always exercise to make us look thinner, never to make us feel better or – heaven forbid – feel stronger. You see, we women must work out, but with the sole purpose of getting thin, to reduce the space that we occupy. Muscles, therefore, are a no-no. This is the kind of mess that has women doing ‘half push ups’ in an exercise class, instead of the full thing. Someone needs to pass me a hashtag, is this an actual joke? Women’s bodies have the ability create and carry a human being for nine months, and that’s before it embarks on that most brutal of endurance tests – NATURAL LABOUR – and you’re going to tell us we can’t do a push up? In the words of Bruno Mars in one the funkiest tracks of 2014, “Don’t believe me? Just watch!”

The whole ‘logic’ of the Diet Industry is messed up – its focus is deprivation and denial, its goal some idealistic waif-like physique that has nothing to do with health, and everything to do with aesthetic acceptance. Where are the magazines telling women to enjoy food and focus instead on getting a healthy body? Where are the magazines encouraging women to enjoy exercise, rather than seeing it as some odious chore on the road to Thindom? Exercise does not have to be about suffering – it can be about taking the dog for a walk and enjoying the view on a winter’s day. It can be about putting on the Now 89! CD that you got for Christmas and having yourself a little boogie in the living room when no one’s watching. At its very simplest, it’s about moving your body. If you are doing that, you are doing your body a million more favours than you are when you buy the cardboard non-food that has been manufactured in labs across the land by the Diet Industry. Fat-free does not mean healthy. As far as I know, coal doesn’t have a single gram of fat in it, but I’m not about to start chomping down on the contents of my coal bucket any time soon…. When you eat the latest in high-tech, fat-free, sugar-free snacks, know that you might as well be eating coal. And coal probably tastes better to boot.

Food is not your enemy. Chocolate is not your enemy (by the same token, chocolate is not going to give you an orgasm either, despite what the makers of Galaxy would have us believe…). Chocolate is a compound of sugar, cocoa, milk, and a bunch of other stuff. It’s a list of ingredients wrapped up in a big shiny wrapper – a wrapper that has, incidentally, been designed with you in mind by those clever marketing geniuses on Madison Avenue. It’s just stuff. It is neither friend nor foe. Have it or don’t have it, the world will keep turning and you will still be the same person you were before you took a bite out of its chocolate-y goodness. Remember, it’s just stuff. The only real enemy is an industry that tells you that your worth as a human being is defined by whether or not you choose to pick up that chocolate bar. Ignore it.

I don’t know how else to put this but, ladies, the Diet Industry is not your friend. The Diet Industry hates women. It hates us so much that it wants to control the food that we put in our mouths. It so badly wants us to believe that if we dare to stray from the Holy Grail of the Holy Diet that we have failed. Well, stick a big fat scarlet letter on my forehead and call me a food-whore, I had some cake! AND I LOVED IT! And, rather than feel bad and hate myself, I think I’ll just go for a walk, with some music in my ears and a skip in my strut. 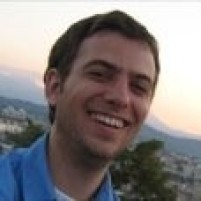 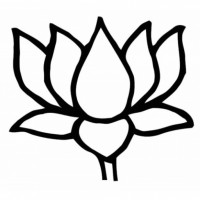 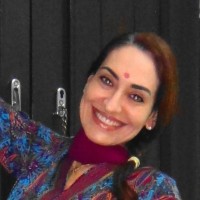 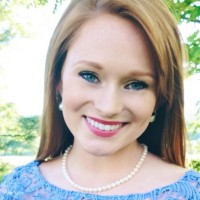